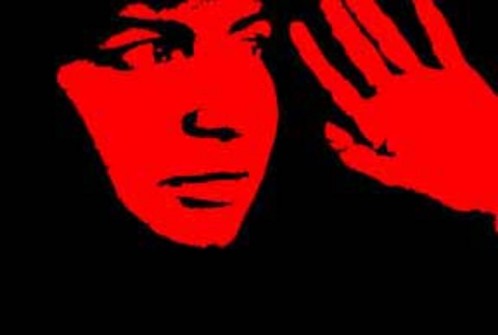 For their first solo exhibition in New York City, Torolab explores their concept of “emergency architecture.” This work is not a response to a singular catastrophic event but rather a means to address the widespread struggle for basic necessities that characterizes daily life in cities such as Tijuana.

Tijuana is the fastest growing city in Mexico, at the heart of a trans-border metropolitan region that stretches from Los Angeles in the north to Ensenada in the south. Every year millions pass through this frontier city and use it as gateway to the United States. Few think of Tijuana as their final destination; it is rather a necessary stop en route to opportunities and a better life. However, an increasing number of this itinerant population is making Tijuana its permanent home. This phenomenon is the focus of Torolab’s project, 9 Families.

What started as a project to design a house for Carmen Duran Ponce–a maquiladora (factory worker)–has become a proposal to develop a small community for nine families in Lagunitas, an underdeveloped neighborhood in Tijuana. Traditional planning and development has not been able to keep up with the growth of the city. The demand for affordable housing far exceeds what is available. Carmen and the other families currently live in neighborhoods and houses that lack basic infrastructure such as sewage, electricity and paved streets. Instead of architects, Torolab act as facilitators, working with the families through the process of designing their own homes. From the design and construction systems to the community organization, this project proposes an alternative model to both the families’ current situation and the surrounding suburban, gated developments that remain out of their reach. The project is represented by video interviews with the families, an abstracted model of the master plan and “ruido blanco” (white noise), a video piece that illustrates the context of the project through an analysis of the building materials used: tires, shipping pallets and used garage doors from the suburbs of San Diego.

Another form of emergency architecture, included in the exhibition, is addressed in “Survival Unit 7.0,” an individual survival module. The survival unit originated from the conditions of poverty in Tijuana, which has an impact very different from that of San Diego, where the homeless population inhabit the city streets and are, to some extent, visible. A prevailing sense of danger on the streets of Tijuana makes this kind of existence impossible–the homeless population is hidden. The survival unit is a backpack that transforms into a one-person shelter. This shelter attaches to an empty billboard which both protects the individual and camouflages the user into the sky-scape of the city-a field of empty billboards and electrical poles.

These and other projects by Torolab address the possibility of achieving a better quality of life in the urban environment. As artists, architects, designers and musicians, Torolab engages in a multi-faceted practice. They conduct contextual analyses that result in proposals for social change. Whether in Tijuana or other cities, Torolab works to reveal the specific needs of an environment and develops tools to help realize a wide range of possibilities.

Torolab was established in 1995 by Raúl Cárdenas Osuna as a spatial and contextual research laboratory located in Tijuana, México (www.torolab.co.nr). Torolab’s work was the subject of a solo exhibition at the San Diego Museum of Art (2002), and their work has appeared at MACLA, San Jose; the Liverpool Biennial; and the 2002 Montreal Biennial, among other venues. New work by Torolab will also be featured at ARCO’05, in Madrid and at inSite_05 in San Diego/Tijuana.