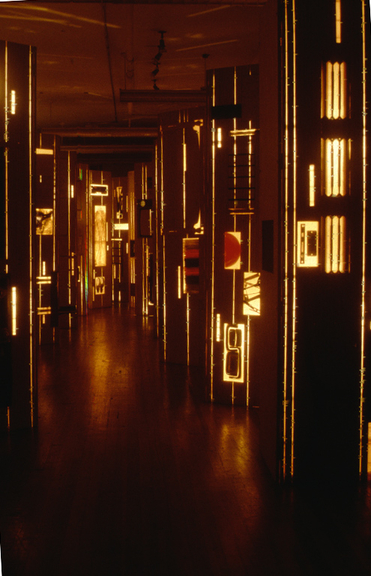 (A)way Station was a traveling exhibition that investigated the psychological and physical dimensions of migration in relation to domestic space and the city.

The installation was comprised of freestanding plywood structures that housed domestic possessions, including clothing and furniture, cast in resin. Together, these elements represented interim domestic spaces for migrants and refugees—men, women and children who, due to political, economic and natural disaster, found themselves in transition, caught between nations, cultures and dwellings.

With the understanding that the exhibition would travel, it was designed for no exact place, and transformed itself as it was unpacked according to the conditions of its host institution, and thus reflected the migrant’s inherent condition of transience. Collapsing the experience of migrants and immigrants into one striking architectural framework, the artists compressed the space of migratory inhabitation into the scale of architectural representation.