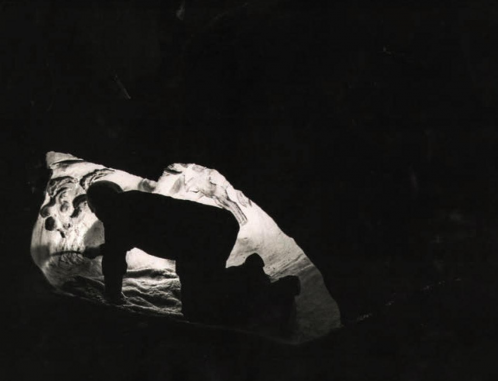 In his Manifesto on Tensionism (1925), Frederick Kiesler declared that we must have “NO MORE WALLS,” promoting instead “organic” architecture with an “elasticity of building adequate to the elasticity of living.” Seeking to break down physical and social boundaries in our everyday lives through a wide-variety of media (art, architecture, animation, furniture, exhibition, and theater design), Kiesler aimed to challenge the static forms of modern construction by creating more open, inclusive, and resilient building structures and practices.

“Resilience” has been appropriated by various fields ranging from sustainability and environmental studies to urban design. Definition Series: Resilience reflects upon Kiesler’s ideas, addressing the possibility of architecture to spring back into multiple shapes while facing shifting cultural and political realities.

This event invited historians, theorists, and practitioners to each present a definition of “resilience” as a point of departure for discussing a more resistant and liberatory “elastic architecture.”

Definition Series: Resilience was hosted by Storefront in collaboration with the Cal Poly LA Metro Program in Architecture and Urban Design and its founding director: architect, historian, and theorist Dr. Stephen J. Phillips, the author of Elastic Architecture: Frederick Kiesler and Design Research in the First Age of Robotic Culture (MIT Press).

In Elastic Architecture, Stephen Phillips offers the first in-depth exploration of Kiesler’s innovative and multidisciplinary research and design practice. Phillips argues that Kiesler established a new career trajectory for architects not as master builders, but as research practitioners whose innovative means and methods could advance alternative and speculative architecture. Indeed, Kiesler’s own career was the ultimate uncompromising model of a research-based practice.

Exploring Kiesler’s formative relationships with the European avant-garde, Phillips shows how Kiesler found inspiration in the plastic arts, experimental theater, early animation, and automatons to develop and refine his spatial concept of the Endless. Moving from Europe to New York in the 1920s, Kiesler applied these radical Dadaist, constructivist, and surrealist practices to his urban display projects, which included shop windows for Saks Fifth Avenue. After launching his innovative Design Correlation Laboratory at Columbia and Yale, Kiesler went on to invent new houses, theaters, and galleries that were meant to move, shift, and adapt to evolutionary changes occurring within the natural and built environment. Although many of Kiesler’s designs remained unbuilt, his ideas proved influential to later generations of architects and speculative artists internationally, including Archigram, Greg Lynn, UNStudio, and Olafur Eliasson.

About the Definition Series:

Each iteration of Storefront’s Definition Series invites participants to produce definitions of a specific key term constructing a multifaceted edifice around particular terms and their contemporary usage in specific fields, contexts and practices.

Beatriz Colomina is an internationally renowned architectural historian and theorist who has written extensively on questions of architecture and media. Ms. Colomina has taught in the School since 1988, and is the Founding Director of the Program in Media and Modernity at Princeton University, a graduate program that promotes the interdisciplinary study of forms of culture that came to prominence during the last century and looks at the interplay between culture and technology. In 2006-2007 she curated, with a group of Princeton Ph.D. students, the exhibition “Clip/Stamp/Fold: The Radical Architecture of Little Magazines 196X-197X” at the Storefront for Art and Architecture in New York and the Canadian Centre for Architecture (CCA) in Montreal.

Cooking Sections (Daniel Fernández Pascual & Alon Schwabe) is a London-based independent duo of spatial practitioners. They explore the systems that organise the world through food. Using installation, performance and mapping, their research-based practice operates within the overlapping boundaries between visual arts, architecture and geopolitics. Recent projects include The Empire Remains Shop, a public installation that speculated on the possibility and implications of selling back the remains of the British Empire in London. Their book about the project will be published by Books On Architecture and the City, Columbia University Press in 2017. They have performed and exhibited extensively in the UK and internationally and have been part of OFFICEUS, US Pavilion, 2014 Venice Architecture Biennale, and residents of The Politics of Food programme at Delfina Foundation. Their work has appeared at the V&A, Glasgow International, Arnolfini, Fiorucci Art Trust, The Showroom; CCA, Glasgow; De Appel, Amsterdam; dOCUMENTA(13); Neue Nationalgalerie, Berlin; HNI, Rotterdam; Museet for Samtidskunst, Roskilde; CA2M, Madrid; and UTS Art, Sydney, amongst others. They were part of the 2016 Oslo Architecture Triennale and 2016 Brussels ParckDesign. Their writing has been published in Sternberg Press, Lars Müller, Volume Magazine, The Avery Review, and The Forager. They have been recently selected for a residency at Headlands Center for the Arts, San Francisco, where they will research the financialisation of the environment in California. Their ongoing Climavore project focusing on the making of the coast of Britain will be launched in the Isle of Skye, Scotland in 2018, commissioned by Atlas Arts. They lecture regularly at international institutions and lead a studio course at the School of Architecture, Royal College of Art, London.

Mark Linder is a Professor at the Syracuse University School of Architecture. His research explores design theory and history considered in a transdisciplinary framework and is focused on modern architecture since 1950. He is the author of Nothing Less than Literal: Architecture after Minimalism (MIT 2004) and is currently at work on a book titled That’s Brutal, What’s Modern? which argues that the intellectual formation and design practices of The New Brutalism offer an early, exemplary case of modern architecture coming to terms with image culture. He has taught as a visiting professor at the University of Michigan, Harvard, University of Illinois-Chicago, Rice University, IIT, RISD, and UCLA.

Laura McGuire is an architecture and design historian. She is Assistant Professor of History, Theory, and Criticism at the School of Architecture at the University of Hawaii at Mānoa. Her research has focused on American and Central European architecture and design of the nineteenth and twentieth centuries and the role of immigrants in twentieth century American design culture before World War II. Her essays have appeared in books and journals, including Endless Kiesler (Birkhäuser, 2015), Frederick Kiesler: Theatervisionäre – Architekt – Künstler (KHM/Brandstätter, 2012), and Norman Bel Geddes Designs America (Abrams, 2012). She is currently editing a collection of Frederick Kiesler’s unpublished theoretical writings, and completing a book on his experience as an immigrant American architect and designer. She previously taught at the School of Architecture + Design at Virginia Polytechnic Institute and at the School of Architecture at the University of Texas at Austin.

Carrie Norman is a founding partner of the New York and Chicago-based design collaborative, Norman Kelley. Her professional and theoretical work re-examines architecture and design’s relationship to vision, prompting its observers to see nuance in the familiar. The practice has contributed work to the 14th Venice Biennial (2014) and the inaugural Chicago Architecture Biennial (2015). The practice was a recipient of the Architecture League of New York Young Architect’s Prize (2014). The design work, which includes a collection of American Windsor chairs, is currently represented by Volume Gallery, in Chicago. Norman received a Bachelor of Science in Architecture with Honors from the University of Virginia and a Master in Architecture from Princeton University. She is a licensed architect in the state of New York, and previously worked as a Senior Architect with SHoP Architects, in New York City. Currently, Norman is an Adjunct Assistant Professor at Columbia’s GSAPP, NJIT, and Barnard College.

Stephen Phillips is principal architect in the California firm Stephen Phillips Architects (SPARCHS). He is Professor of Architecture at California Polytechnic State University, San Luis Obispo and Founding Director of the Cal Poly Los Angeles Metropolitan Program in Architecture and Urban Design. He has taught as a Visiting Assistant Professor and Lecturer at University of California, Berkeley and Los Angeles, Southern California Institute of Architecture, and California College of the Arts. Phillips received his B.A. with Distinction in Architecture from Yale University, his M.Arch. with the award for best studio thesis from the University of Pennsylvania, and his Ph.D. in Architecture History/Theory from Princeton University. Phillips publishes and lectures widely on modern design, technology, media, and contemporary urban culture. He is the recipient of numerous awards, grants, and fellowships including those from the Getty Research Institute, the Smithsonian American Art Museum, the Graham Foundation, the Bruno Zevi Foundation, the AIA, and the ACSA for his projects, teaching, and writing. He is the author of L.A. [Ten]: Interviews on Los Angeles Architecture 1970s-1990s by Lars Müller Publishers, and Elastic Architecture: Frederick Kiesler and Design Research in the First Age of Robotic Culture by MIT Press, 2017.