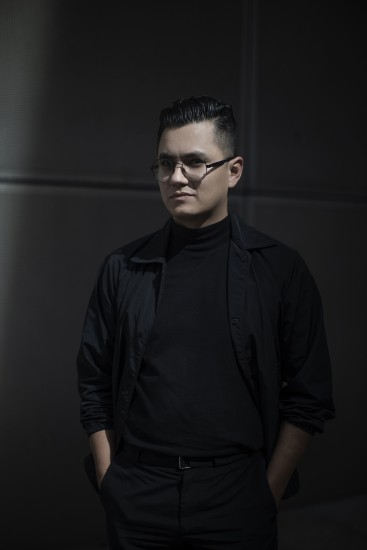 New York, NY — After an extensive international search, Storefront for Art and Architecture announces the appointment of José Esparza Chong Cuy as the organization’s next Executive Director and Chief Curator. He will assume the position on November 1st, 2018.

An architect, curator, and writer originally from Mexico, José Esparza Chong Cuy arrives to Storefront from the Museum of Contemporary Art Chicago (MCA), where he has served as the Pamela Alper Associate Curator at the since 2016. Prior to his time in Chicago, Esparza Chong Cuy was Associate Curator at Museo Jumex in Mexico City, Co-Curator of the Lisbon Architecture Triennial, Contributing Editor at Domus magazine, Research Fellow at the New Museum, and Curatorial Associate at Storefront for Art and Architecture.

Charles Renfro, President of Storefront’s Board of Directors, remarked:

“We are thrilled to welcome José to the helm of Storefront, the very institution where he began his curatorial career over a decade ago. Since then, he has established himself as an innovative thinker working across disciplines in some of North America’s most prestigious cultural institutions. José’s rigor and insight will reinforce Storefront’s role as a crucial and necessary platform at the intersection of art and architecture. Through his background and experiences in Mexico, the US, and globally, he embodies the broad perspectives that Storefront has become known for, bringing a critical voice to contemporary issues at every scale—from local and regional to national and international. We are excited to have him lead the vision for Storefront’s future.”

At the MCA, Esparza Chong Cuy most recently organized a major exhibition of the museum’s collection to celebrate its 50th anniversary. Among other projects, he curated solo exhibitions of works by Tania Pérez Córdova and Mika Horibuchi, and organized a major commission by Federico Herrero. He is currently organizing a solo exhibition of Jonathas de Andrade; a major retrospective of the work of Lina Bo Bardi, co-organized and co-curated with the Museu de Arte de São Paulo and Museo Jumex; and a show of recent acquisitions he brought into the MCA’s collection. He will continue to oversee these exhibitions as curator.

Prior to his current position, while serving as Associate Curator at Museo Jumex in Mexico City, Esparza Chong Cuy worked with artists and architects such as Alexandra Bachzetsis, LANZA Atelier, N.A.A.F.I, Pedro Reyes, and Pedro & Juana, among others. At Museo Jumex, he launched an exhibition series entitled Pasajeros and co-curated its first two editions featuring Jerzy Grotowski and Esther McCoy.

In 2013, as Co-Curator of the Lisbon Architecture Triennial, he commissioned major works by Frida Escobedo and Andrés Jaque. From 2007-2012, he lived and worked in New York City, where he held positions at Storefront for Art and Architecture, the New Museum, and Domus magazine. Esparza Chong Cuy holds a Master of Science in Critical, Curatorial, and Conceptual Practices in Architecture from Columbia University’s Graduate School of Architecture, Planning, and Preservation, as well as a Bachelor of Architecture from the Instituto Tecnológico y de Estudios Superiores de Occidente in Guadalajara, Mexico.

Esparza Chong Cuy, about his return to Storefront and appointment as its next leader, says:

“Storefront for Art and Architecture has shaped me both personally and professionally in more ways that I can convey. It was a launching pad for my career, and it is a true honor and privilege to be a part of its future. Storefront is an extraordinarily rare and experimental institution that has pushed curatorial boundaries by working explicitly at the intersection of art and architecture. Throughout the years, its founding mission has created and produced unique perspectives and understandings of the built environment to a broad range of audiences. Through my directorship, I will strive to carry on this legacy by continuing to build bridges across contexts and disciplines, and to provide new tools to navigate the complex world we live in.”

To view the full press release for the appointment, click here. If you would like to arrange an interview with José Esparza Chong Cuy or cover his appointment, please contact Interim Director Jinny Khanduja at jk@storefrontnews.org or 212-431-5795.
We are pleased to introduce Esparza Chong Cuy to Storefront’s community at our annual Membership Dinner on Tuesday, October 9th from 7-11 pm. To join us in welcoming him, become a member of Storefront at the Action Benefactor level or above. To become a member, upgrade your membership level, or RSVP as an existing member to join us, contact Patrick Jaojoco at pj@storefrontnews.org.
< prev | next >