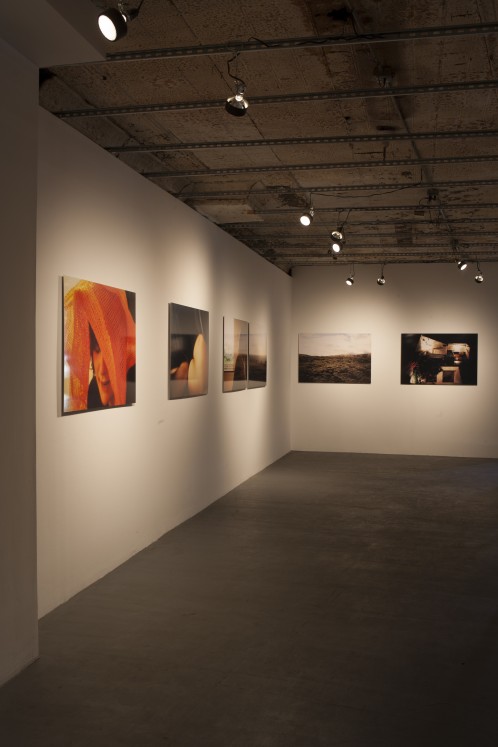 Storefront for Art and Architecture is pleased to present DIMENSIONS an exhibition of photographs by the Belgian designer Maarten Van Severen (1956-2005). DIMENSIONS was created for the De Coker Gallery in Gent, Belgium, where Van Severen was asked to make an exhibition relating to the ideas and inspirations that informed his design work. In place of design objects, these photographs reflect the creative vision that fueled their creation.

The exhibition features the film MAARTEN VAN SEVEREN: WORK (2005, dir. by Terenja Van Dijk), produced in conjunction with a retrospective at the Design Museum Gent. Van Dijk’s film consists of interviews with Van Severen about the development of various projects, from individual pieces of furniture to production on an architectural scale, and includes a flipping through of several of the magnificent booklets he created in tandem with this work.

One of Belgium’s most celebrated contemporary designers, Van Severen created a body of work that reflected his quest for perfection in form, detail and execution. In addition to highly crafted furniture and objects produced in his studio in Gent, he collaborated with important furniture manufacturers including Vitra, Kartell, Edra, Alessi, and Pastoe. He also collaborated with Rem Koolhaas/OMA to create furniture and interior elements for the Villa dall’ Ava in Paris and the Masion a Bordeaux, as well as the new Seattle Public Library and Casa da Musica, Porto. Other projects by Maarten Van Severen Studio include a kitchen pavilion near Gent and a library, bookshop, auditorium and restaurant for the Van Abbemuseum in Eindhoven, NL.

This exhibition is curated by Moniek E. Bucquoye from the Design Museum Gent and Johan De Coker from the De Coker Gallery in Gent, Belgium.

A limited edition catalog, FOR MY EYES ONLY, published in conjunction with an exhibition at De Coker Gallery, as well as the new book MAARTEN VAN SEVEREN: WORK, published on the occasion of the Design Museum Gent exhibition, will be available.

This exhibition is produced in collaboration with De Coker Gallery and the Design Museum Gent and made possible in part with the support of the Flemish government. The ICFF reception is made possible by The Architect’s Newspaper.