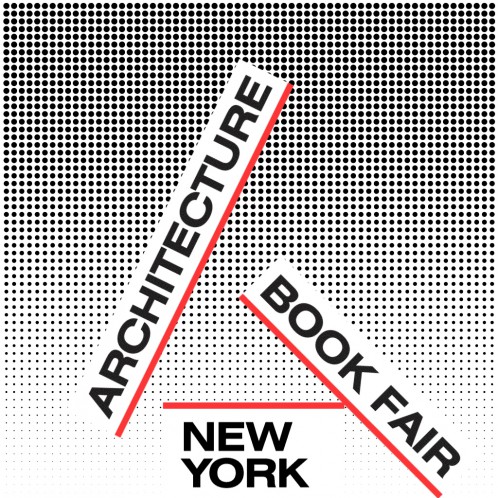 The New York Architecture Book Fair is a new initiative by Storefront that brings together authors, designers, publishers, critics, and readers to consider what constitutes the most fundamental body of publications in architecture and design.

Reacting upon the architecture monographs, history and theory books, edited volumes, essays, and compilations that constitute our libraries and bookstores, one can’t help but wonder: which books have we produced over the last 35 years that serve as the foundation of our contemporary context? What are the most important, insightful, and relevant contributions to contemporary knowledge in architecture today?

The New York Architecture Book Fair seeks to address these questions around the future of books.

As a series of ongoing private salons in the homes of prominent New York City based architects, each event explores a selection of books from the host’s personal library, open to audiences for the first time. The salons are structured as informal conversations with invited guests.
Salon #1: Bernard Tschumi – February 15th, 2018
Salon #2: Anthony Vidler – March 15, 2018
Salon #3: Daniel Libeskind – April 5th, 2018
Salon #4: Steven Holl – TBA
Salon #5: Beatriz Colomina & Mark Wigley – TBA
Events are be recorded and will be made available in the form of podcasts and a series of essays in collaboration with E-Flux Architecture and GSAPP. To attend the salons, guests must be a part of the New York Architecture Book Club.
RECENT PROGRAMS
Architecture Books / Yet to be Written Part I
Saturday, September 23rd, 2017
1-6 pm at The Great Hall at Cooper Union

Reflecting upon the monographs, history and theory books, edited volumes, essays, and compilations that comprise our libraries and bookstores, one wonders: which architecture books have we produced that constitute the foundations of our contemporaneity?
Architecture Books / Yet to be Written / 1982-2017-2052 asked seminal voices in the discipline and profession to examine the recent history of architecture and book production. Each speaker selected and presented a book published over the last thirty five years that is fundamental to the understanding of contemporary architecture culture, as well as a “book yet to be written.”
Participants included: Anthony Vidler, Rafael Viñoly, Sanford Kwinter, Beatriz Colomina, Henry Cobb, Diana Agrest, Eyal Weizman, Stan Allen, James Wines, Joan Ockman, Reinier de Graaf, Richard Meier, Peggy Deamer, Enrique Norten, Kenneth Frampton, Spyros Papapetros, Amale Andraos, Daniel Libeskind, Bernard Tschumi, Ana Miljacki, Thom Mayne, Marion Weiss, Nader Tehrani, Mark Wigley, and Elizabeth Diller.
BOOKS-NOW
As part of the launching conference, Storefront presented BOOKS-NOW, a selection of signed architecture books published over the past year. At the conference, they will be accompanied by rare and out-of-print editions written by conference participants. Books will be on sale at a special discounted rate.
See the full list of books here.
Welcome! at the New York Art Book Fair
Sunday, September 24th, 2017
1-2 pm at MoMA PS1
Alexandra Cunningham and Eva Franch moderated a series of presentations by emerging and established architects and critics to kick off the series of ongoing events leading up to the New York Architecture Book Fair.
Participants included Benjamin Aranda, Craig Buckley, Kersten Geers, James Graham, Lydia Kallipoliti, Dominic Leong, and Christian Wassman.
_______________________________________________________________________________
Project Support
Programming partners during and in advance of the fair include The Cooper Union, the Graduate School of Architecture, Planning, and Preservation at Columbia University, e-flux Architecture, the New York Public Library, and Printed Matter.

The New York Architecture Book Fair is part of the Crossovers Program, a collaboration between Storefront and the Het Nieuwe Instituut. This program is supported as part of the Dutch Culture USA program by the Consulate General of the Netherlands in New York.