Following the suicide bombings in Beirut in 1983, security became a critical issue for the Office of Foreign Buildings Operations (FBO). The Inman Report, submitted by the State Department in the aftermath of the bombings, called for the replacement of 126 out of 226 diplomatic posts worldwide. Since the attacks on US embassies continued after the Inman Report was adopted, a number of more stringent security measures were added, culminating with the three scales of the Standard Embassy Plan produced and implemented in over twenty new embassies under the guidance of the new head of Bureau of Overseas Building Operations (OBO), retired General Charles Williams. In response to the criticism of both the US foreign policy and of the new crop of US embassies, the Department of State launched the Design Excellence Program in early 2011, which revived the conversation about openness versus security in embassy design. It is no surprise that the most passionate expressions of both positive and negative sentiment towards the US involve its embassy architecture. Suffering the symptoms of larger political currents these sites and architectures provide a particularly valuable opportunity to set the tone of future international relationships. What if the architect’s tools went beyond tall walls and distances to include anticipating historical change?” Office US Issues

Curated by Cornell University School of Architecture and Planning and OfficeUS

Anger-Love Management explores the spaces, typologies and protocols of the architectures of diplomacy. With a series of presentations and conversations with OfficeUS Experts on the subjects of diplomacy, architecture, governance and politics,

Wednesday-Saturday Throughout the week, the students at Cornell University, present their research and design work developed during their 2014 Fall option studio US and Them: Architectures of National and Global Identity under the guidance of Caroline O’Donell and the assistance of Richard Meier and Michael Jefferson as a visiting critic to the audience in Venice, the OfficeUS team, OfficeUS Experts and visiting schools.   Wednesday  “Architectures of Diplomacy” Jane Loeffler  Thursday “Design Government: Work at the Intersection of Design and Public” Jason Schupbach   “US and Them” Ashley Schafer, Caroline O’Donnell, Michael Jefferson   Friday “Us and Them” redesign Charette Cornell University and Ohio University Students Saturday, 2pm

Domes, Grids, and Grates: The Power of American Architecture
Aaron Betsky
Although the United States has been the site of quite a few architectural innovations, including the skyscraper and the modern campus, its image in the world has become bound up first, with the domes of democracy, then with the grids of rationalized bureaucracy, and more recently with the assimilation of security measures into every aspect of the built environment. We will discuss what each of these design elements signifies within a global context, both about the United States and about the implementation of a global economy, society, and culture. Finally, will the State Department’s Design Excellence substantially change the way the United States projects its power?

About the participants   Aaron Betsky is a critic of art, architecture, and design. Most recently, he was Director of the Cincinnati Art Museum (2006-2014), Director of the Netherlands Architecture Institute (2001-2006), and Curator of Architecture, Design, and Digital Projects at the San Francisco Museum of Modern Art (1995-2001). He also directed the 11th Venice International Architecture Biennale, “Out There: Architecture Beyond Buildings” (2008). He is the author of a dozen books, including, most recently, his collected essays, At Home in Sprawl (2011). His opinionated survey of modernism will be published this fall. His twice-weekly blog appears at  architectmagazine.com/beyondbuildings . He is also a member of the State Department’s Industry Advisory Group.   Jason Schuppback, as director of Design Programs for the National Endowment for the Arts, Jason Schupbach oversees all design and creative grantmaking and partnerships, including Our Town and Design Art Works grants, the Mayor’s Institute on City Design, the Citizens’ Institute on Rural Design, and the NEA’s involvement in the HUD Sandy Recovery Taskforce Rebuild by Design Competition. Previously Schupbach has served as the Creative Economy and Information Technology Industry director for Massachusetts and has also worked for the mayor of Chicago and New York City’s Department of Cultural Affairs.” Caroline O’Donnell is an Irish designer, writer, and director of the M.Arch program at Cornell University. She is principal of the firm CODA, currently based in Ithaca, NY, USA. As CODA she won the  PS1 MoMA Young Architects Program in 2013 and built “Party Wall” at PS1 in Long Island City, New York. She is the Richard Meier Professor of Architecture at Cornell University and Editor-in-Chief of the  Cornell Journal of Architecture .

Michael Jefferson is a New York City based designer who has worked with Adjaye Associates, CODA, studio SUMO, and OMA. Jefferson works with Suzanne Lettieri as a partner of JeLe, an architecture collaborative focused on the research and design of evolving building typologies. Most recently, JeLe has examined the elevated house condition of the coastal United States, resulting in the project (post)line, which has been featured in  Project  and exhibited in New York City and at Cornell. JeLe is currently working on a raised house in Suriname and a readaptation of an institutional building.

This Schedule is Subject to change. Please visit us again for updates.

This workshop is part of the work and investigations of OfficeUS at the 2014 Venice Architecture Biennale. To learn more about the OfficeUS Issues go   here 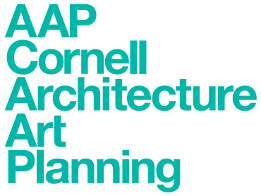