Storefront Closing Party and Launch of the Facade Restoration 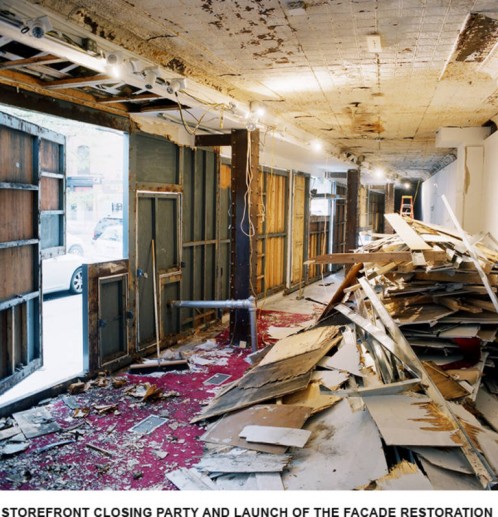 On the last evening of Didier Fiuza Faustino’s installation (G)HOST IN THE (S)HELL Storefront hosted a summer closing party and officially launch the Facade Restoration.
On July 1, construction work began on the restoration of Storefront’s famed facade designed in 1992 by Vito Acconci and Steven Holl. In late September, the gallery reopened with a newly-restored exterior and an exciting new season of exhibitions and events.

DONATE TO THE FACADE RESTORATION PROJECT NOW!
Donors were acknowledged at the reopening party and on a special-edition newsletter published in September.