home • archive • Todos juntos (Everyone Together) 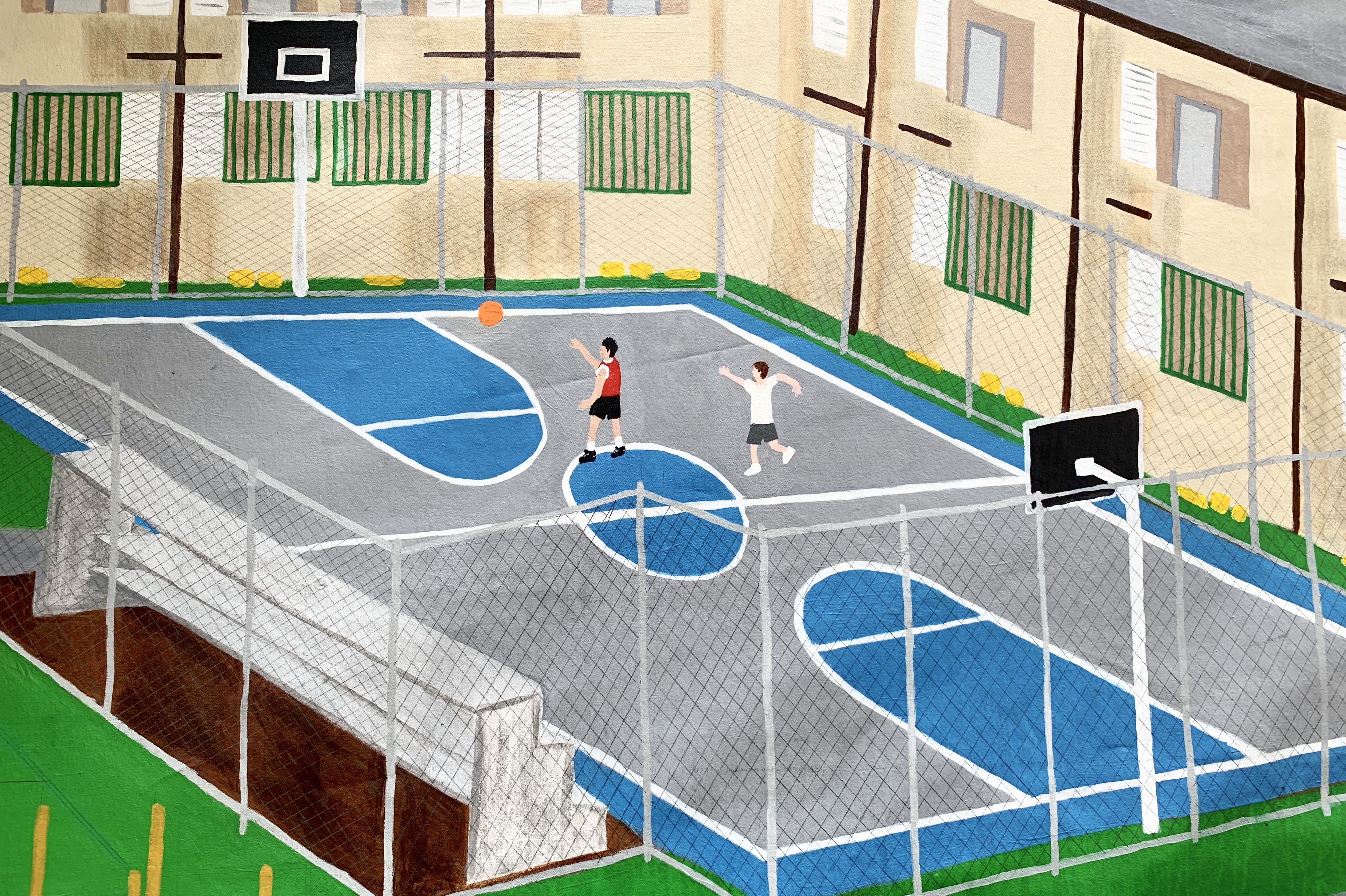 To mark the closing of Aquí vive gente: Museum of History and Community of Puerta de Tierra, Storefront for Art and Architecture presents Todos juntos (Everyone Together).This day-long program begins with an exhibition tour by Margarita Ramos, a member of Brigada Puerta de Tierra and the artist of the mobile murals on the walls of the gallery space.

Afterwards, the murals will travel from the gallery space to the Boys Club of New York, where a team of young players from Puerta de Tierra, San Juan will play a friendly game against a local team from the Lower East Side brought together by The Loisaida Center. The game celebrates basketball as a manifestation of neighborhood pride, bringing to light the significance of the sport as a form of collective gathering, a platform for cultural interplay, and a catalyst for social change. The event honors the career of Puerto Rican basketball legend Jenaro “Tuto” Marchand, who passed away in 2017. Marchand left a deep imprint in his home neighborhood of Puerta de Tierra and served as an inspiration to the community and its emerging athletes.

After the game, all attendees and players are invited to The Loisaida Center for live music by members of Conjunto Cachana, whose former band leader, Joe Quijano, was born and raised in Puerta de Tierra. The band, put together by Quijano—who passed away earlier this year—features prominently in the section of Aquí vive gente that details the history of music in Puerta de Tierra. Quijano is remembered as a pioneer of salsa music and an advocate for his community.

Visual arts, sports, and music are central to Puerta de Tierra’s identity and are core themes in the collection of the newly formed Museum of History and Community of Puerta de Tierra. The museum aims to preserve and heighten the practice of artists, athletes, and musicians from the neighborhood through creative programs that bring everyone together.

Todos juntos is co-hosted by Storefront for Art and Architecture,Brigada Puerta de Tierra, The Loisaida Center, and the Boys Club of New York.