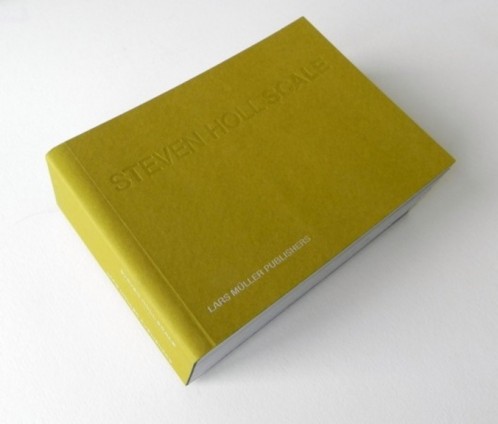 Following  Written in Water  (2002), this is the second publication devoted to Steven Holl’s legendary watercolors. Four hundred watercolors represent the creative process of this renowned and influential American architect and reveal his highly personal method developed over many years, containing preliminary ideas and sketches of all major projects.

Holl is known for his sculptural architecture and his virtuosic use of light, and watercolors are the ideal means to visualize these characteristic aspects of his work. At a time of rapidly changing technology in the service of architectural design, these watercolors become spectacular examples of a low-tech method. The results are invariably original works of art. The water colors are juxtaposed with photographs of the built architecture and emphasize the crucial aspect of scale.

Steven Holl is an architect and tenured faculty member at Columbia University where he has taught since 1981. In July 2001 Time Magazine named Steven Holl as America’s Best Architect, for ‘buildings that satisfy the spirit as well as the eye.’ Most recently, Steven Holl was awarded the 2012 AIA Gold Medal and the 2010 Jencks Award of the RIBA.

In 1993, Holl and artist Vito Acconci collaborated to redesign the exterior facade of Storefront for Art and Architecture’s gallery in New York. Addressing the site’s urban environment and its function as an art space, Acconci and Holl created a versatile facade that has now become an iconic neighborhood and city landmark.