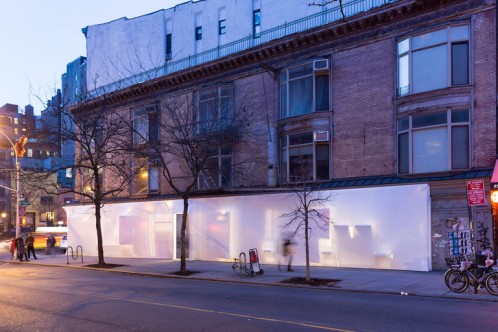 “Now, however long a time may pass, according to the eternal laws governing the combinations of this eternal play of repetition, all configurations that have previously existed on this earth must yet meet, attract, repulse, kiss, and corrupt each other again…” H. Heine

The origin, the place of departure, is a place only identifiable in a journey of return. As a fiction or a fact, the beginning of things, the source, that place of origination, has been a recurring concept in the development and construction of cultures throughout time. BLUEPRINT is an exhibition that asks individuals from the world of art and architecture to embark on a trip of self-reflection to identify a place of origination for their work in the literal and metaphorical form of a blueprint.

As a curatorial metonym, the medium in BLUEPRINT works as frame, format and content. The 50 pieces, dating from 1961 to 2013, are presented as traces willing to bring clarity to a work, a practice and a context. Far from literal readings, there is a flickering nature to the works constantly drawing vectors outside of the gallery walls. Each blueprint is charged and punctuated with a double or triple temporality. Not complete in themselves, each of the pieces is relative to the point in time that the work was created, in relation to the trajectory of each one of the artists, and to the point in time the artist selected it as a blueprint of their past or contemporary work. The exhibition is filled with contradictions and paradoxes.

The works are at once self-referential and representational, present and past. From early traces of sustainable thought in Jaime Lerner’s Maringá stadium to the cloud-cotton-rower of Vik Muniz to the Bikini Brawl by Dana Hoey exploring the concept of “female” to the angelical MOS diagram (presented at Storefront previously two years ago), all works participate in a diachronic fashion in the construction of multiple narratives, rarely overlapping in content or scope.

While usually it is the role of the critic to identify the relevance of a work of art in relation to a trajectory or a historical moment, in this exhibition the curators, Sebastiaan Bramer, Florian Idenburg and Jing Liu as provocateurs or journalists, have asked the artists and architects to create a space of intimacy, to identify and create a space of legibility to let the viewer see behind the mind of the artists from where to start reading an entire body of work. Similarly to a televised intimate interview series, the exhibition is simultaneously serious and frivolous.

With an installation by SO-IL, BLUEPRINT leaves the gallery totally open, yet perpetually closed and fixed. Wrapped in time and in space, the Acconci-Holl façade opens its doors permanently to the works that –while present in the show by reference– are outside the gallery walls. The space looses its literal operational transparency to become a white, translucent icon of its curatorial aspirations. Rendering everything on either side as a world of shadows, the installation denies the spatial properties and the implications of the processional exit of the platonic cave towards a world of truth.

In BLUEPRINT, the quest for truth takes you into two equally shadowed sides.

BLUEPRINT was view from January 24th to March 21st.

An opening reception takes place on January 23rd from 7 to 9 pm.

BLUEPRINT at Storefront has its curatorial blueprint at a show Sebastiaan Bremer and Pieter Woudt put together in 1999 in a DIY gallery called Spark in Chelsea, New York. The show brought together a bunch of young artists, ambitious and broke, trying to find their voice and an audience for their work. The original Blueprint show was conceived foremost as an opportunity to present this group’ s work together as a whole. The only way to the work conceptually was, it seemed, to come up with a ‘silly’ theme or constraint – for instance, that all the works had to be the same color. Blueprints were easy to make, quite beautiful, and cheap – an advantage, since money was an issue. This ‘concept’ gave the structure for the exhibition, which ran for a few months in the gallery. Fifteen years later, this old idea seemed newly relevant. The funding for art institutions in Europe is drying up at the same rapid speed at which prices are soaring at the auction houses, giving the low cost of producing blueprints new relevance. In the meantime, many of the artists included in the original show have gone on to impressive careers, making wonderful works in incredibly diverse media and environments—and many of them started to find their signature styles around the turn of the century, the time of Blueprint. A second iteration of BLUEPRINT took place at KAdE where many of the original BLUEPRINT artists—as well as some others, and architects were selected by Florian Idenburg and Jing Liu of SO-IL—to look back at their practice and identify one “fundamental” work: the first piece that could serve as a blueprint of their mature work. Again, this extended group was only bound by the same ‘silly’ constraint, yet one might be able to discover a set of affinities between the works. The exhibition at Storefront is born out of the same constraints: blueprints of or based on that “generative” work.

BLUEPRINT is supported as part of the Dutch Culture USA program by the Consulate General of the Netherlands in New York. 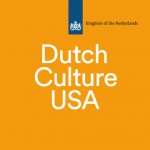