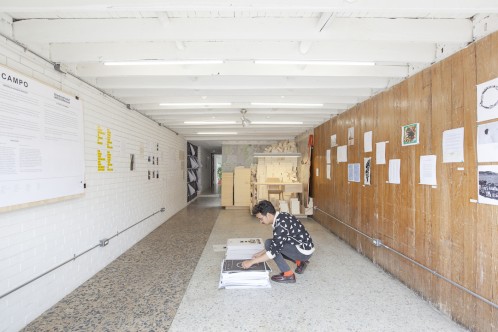 Letters to the Mayor: Bototá, 2015. Storefront for Art and Architecture.

“Bogotá has gone through a very difficult eight year period with regards to the city’s power structures and specifically mayoral power. The notable corruption scandal perpetuated by Samuel Moreno in 2008, during the construction of one of the city’s main highways, unleashed a chain of events including over three acting Mayors, two removed and disqualified mayors and one convicted Mayor. This has resulted in a serious lack of leadership and a notable sense of abandonment, corruption and abuse of power that has generated utter disbelief towards the figure of the Mayor in Bogotá.

Elections for Mayoral office will take place this year on October 25th, in this dim context, these elections have become particularly important for Bogotá. Citizens are worn out and tired of the city’s lack of organization, wondering if change is possible. That is why we believe it is imperative for cultural agents such as CAMPO to generate interstices that allow for new voices, forms of dialogue and points of view regarding the city to be made visible, in order to create a discourse that is different from the narrative that has become the norm.” CAMPO

Letters to the Mayor: Bogotá invited the following architects to write to Mayor of Bogotá:

The Mayoral/Architect’s Desk is designed by Pablo Gómez Uribe (Colombia, 1975).

The wallpaper is designed by Paulo Licona (Colombia, 1997) an artists that lives and works in Bogotá.