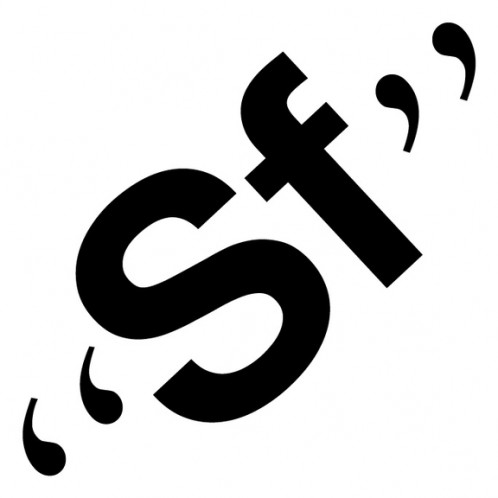 What is a residency for? What does one do during a residency? One works. But what is work? In this particular sense work is a verb, but an empty verb at that. Apparently ambivalent, an economic form of the market teaches us that work is anything but neutral. Instead, work is highly prejudicial not only towards what fills its emptiness, but how it digests and what it excretes.

Work is also a noun, and a proper noun if you will. We are used to having various metrics such as efficiency, operativity, or the somewhat-mystical affinity, being used to judge whether something is Work, or if it’s just something that was done. Be it economic or otherwise, we could therefore deduce that the basic condition for work is its potential for being judged as such.

This residency seeks to reveal the limits of work by performatively radicalizing a Duchampesque critique of the cultural institution and its centralization of discursive power. Within the milieu of Storefront, technically speaking, everything regarding my spatiotemporal presence, from the food I eat to the movements I make to the thoughts I think, can become work. The task at hand is therefore to exhaust my presence to its utmost capacities. Every thought, every action, every emotion, every sensation is to become manifest. I do not seek to make work per se; I merely seek to do that which can be called work.

Nick Axel is an architect, critic, and theorist, currently studying at the Centre for Research Architecture at Goldsmiths. His work seeks to meditate on the uniquely architectural instantiation of power as both a problem and a solution, both a question and an answer, both impossible and inevitable. He is currently researching the potential role and opportunity for architecture to act critically within the contemporary logics of oil-based urbanization in North America.

Below are works produced by the artist throughout his residency.

On the conditions of being and the subject of the institution

A five-part tale about the traversal of territorialized space.

The institution does something.

But the institution is a noun. Then, we can ask, what is it?

The institution is surrounded by everything it is not.

The institution is that. Being in the presence of that line. The binding of place.

“Ladies and gentleman, I begin by drawing a line”

The institution is not the body is not space.

But then something ontological happened. Discourse happened.

Yes or no became maybe became yes and no.

Collapse happened. Not of space, but vision.

But this does not mean the institution stopped institutioning; it can do nothing else.

Lines did not disappear; instead they multiplied, proliferated, procreated.

The state of matter became relative.

As it became more difficult to determine which side of the line one laid on, it became less important.

As the institution became regarded solely for the marks it makes, they themselves became neutralized.

If the drawing of a line became itself the constitution of an institution, what became of the institution? And the body? Space?

And also, how are lines drawn anyway?

The institution does not simply exist. But yet, somehow, institutions exist.

The institution exists somewhere, in the territory.

We can try to look at the territory, but when we focus our sight, we find that there is something else there than what and where we thought the territory was.

We cannot say what it is we see, but we can say that we see things. These things, not others.

Our sight is impressed with the image of shapely forms. Presences are suggested as intuition.

We can say that we see many things, though bound together, united by their being seen.

When we look we do not see what there is to be seen, but merely what it is we see.

Looked at or not, every thing is to be seen. Yet not every thing can be looked at nor seen.

Seeing is not the seeing of something, but instead the not seeing of everything else.

It is in this act of framing that the body and the institution are joined in difference.

The body is a space. It is a line.  The institution wants a space, needs lines to make one.

The institution lives when its lines are recognized as constituting a space.

The lines of the institution are distinct from the line of the body.

The body is a line that can draw lines.

The institution hopes these marks will remain.

The institution is a temporal technology that works on the psychic register.

The body inscribes the territory with the markings of that which is not there in the face of what is.

What is wanted wants to be wanted, or else it would not be.

The institution is that which makes bodies draw lines for it, to want it.

The institution is vicarious.

The institution makes the body an instrument.

The institution is parasitic, a livelihood which depends on its allure of bodies.

The institution is not a hungry body, but a hunger.

The institution is a ghost that never had a body, a presence that wants nothing other than to be

present, than to haunt.

Both the body and the institution must survive. They are alive.

Time destroys everything, caught between entropy and decay.

The space of what is lost stands to be refilled; what falls into disorder, to be ordered once again.

The institution is a bodies’ desire.

Bodies share amongst each other within the affinity of their desire.

The institution is a product of the imagination, an idea.

The institution is the place where desire lives.

The institution is a sign pointing towards the beyond. It makes claims of other life.

The institution is a promise, a signifying chain. It says, “your desire is here”.

The institution is a lie that we want to believe in but never be confirmed of.

The institution is an eternal questioning.

The body is an answer that can never suffice.

The institution establishes expectation, yet the locus of failure lays within the body.

The institution needs us to yearn for it, yet we yearn regardlessly. It needs us to want it, but we just need.

Another institution draws the line of judgement, yet it is not that institution that is judged.

It is not that institution towards which our discontent grows, but instead that which lied.

The institution and the body become the object of discontent, even more for that they both are and continue to be.

Presence becomes the problem for its appearance as the solution.

The institution does not determine what belongs to it.

The body determines whether it relates to the institution.

The body determines how it relates to the institution.

The institution merely determines the appearance of what is belonged to.

The institution is representational.

The institution makes claims about what lays within its space.

The institution determines the truth value of its speech.

The institution creates a space called desire, but not desire.

The institution maintains a persistence of desire.

The space of the institution and its contents bear no necessary relation.

Dissonance is a form of expression.

Dissonance speaks nothing of that which produces it. It does not touch the dissonant elements.

Dissonance is not oriented towards incongruency, but the calling of whatever congruency incongruent.

Dissonance registers on the production of desire.

Dissonance effects not whether or not the results of congruency are desired, but whether the act of congruence itself is desired.

What is the desire, or fear, of dissonance?

To fear dissonance is to act as an agent of that other institution from which discontent originates.

But dissonance is not merely incongruency.

The dissonant act interprets the relation between expectation and demand, between desire and need.

Dissonance predicts the location and appropriates the position of judgement to judge otherwise.

Dissonance is an act, trick. It creates conviction only in order to mislead it, to use it towards other ends.

Dissonance aspires to be the biggest lie, that which we hold to be most true.

The dissonant puts their themselves  at risk, the risk of being swept away and losing ones self.

Dissonance demands a fanatic dedication to a schizophrenic sincerity.

Part Five
Dissonance is not satisfying.
Dissonance reveals the impossibility of satisfaction.
Dissonance does something.
Without dissonance, we will forever be condemned to being the object of discontent.
Contention is a tool, a weapon.
Being is to be at war.
We do not choose whether we fight, nor whether fighting happens..
Can war be fought against?
The illusion of peace is sustained by a continuous exchange.
A desire to exchange desire.
Desire must persist for it to be exchanged.
The institution is the medium for exchange.
The institution cannot be exchanged.
The institution represents the desire of its space.
Desire is an idea.
An idea is desire.
An idea is always true.
Truth is the weapon.
Truth must be believed in.
Desire must be sought after.
We are made to act.
If action is made, we can make action.
Yet all we can do is do. All we can do is act.
We do because we desire.
What we do represents that desire.
Bodies speak, but actions are speech.
We ourselves cannot convince. We ourselves cannot be imitated. Only what we do can.
Imitation can only be of actions.
Act rhetorically. Do to persuade
Action happens.
Persuasive forces are at work and at play.
To not do is not to not be embattled in war.
In conflict is agency.
The dissonant acts in the context of harmony’s illusion.
Dissonance reveals the conditions of war that constitutes place.
Dissonance lays bare the territory for it to be inhabited consciously.
< prev | next >