home • programming: projects • WWSf: A to B – Crossing the Railway

WWSf: A to B – Crossing the Railway 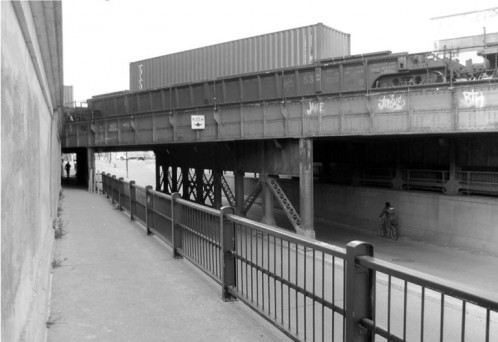 A to B Crossing the Railway

The train tracks connecting Montreal to North America cross the entire city of Montreal. They divide the different boroughs and give the city its shape, as we know it today. The lack of simple infrastructure forces pedestrians and cyclists to take shortcuts.

A to B operates as a cartographic urban forum along the Canadian Pacific’s Railway to map and discuss the uses and conflicts of the railways’ urban landscape. The project seeks to produce a conversation about the ways in which citizens can have a role in the discussion of the construction of the city and the definition and solutions of urban frictions. A to B raises questions of city design through ephemeral exhibitions, nomadic installations and walking tours along the railway.