You Are Here: Information Drift 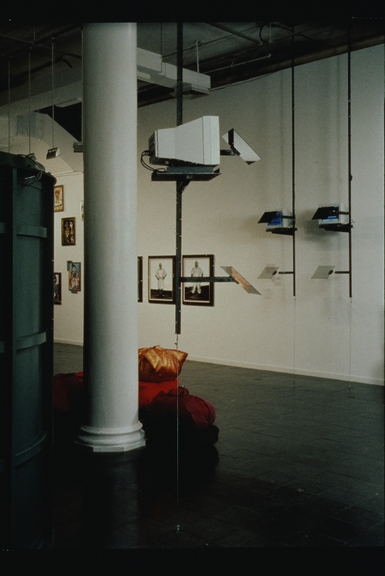 Laura Kurgan’s You Are Here: Information Drift was a computer-based multimedia installation that sought to question the relationship between digital environments and built spaces by playing on orientation and disorientation in this interaction. Using what were at the time new technologies primarily for military applications, such as satellite-based real-time mapping, early implementations of the Global Positioning System (GPS) and Head Up Displays (HUD), the installation aimed to locate, mark and map specific places, in this case Storefront, and then test the interactions between digital maps and the built space they sought to represent.