MODU, Living Outside the Dome 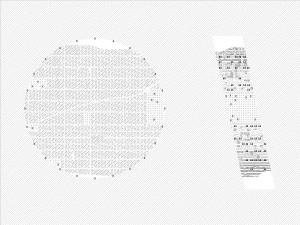 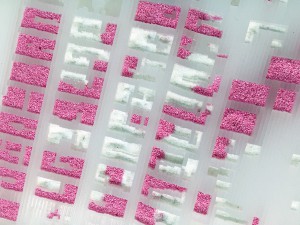 The following story envisions an alternative future for Manhattan, as well as today’s “sharing economy.” This retroactive future begins with the completion of an unprecedented urban project—Buckminster Fuller’s “Dome Over Midtown Manhattan.” In 1968, a short eight years after proposing the dome, Fuller celebrated the installation of the last panel of its enclosure, which he described as a “wire-reinforced, one-way-vision, shatterproof glass, mist-plated with aluminum.” All of the dome’s residents celebrated the project’s completion, as Fuller’s prediction of its massive reduction of energy consumption turned out to indeed be true. The economic windfall benefitted everyone living under the dome—the city’s first “sharing economy”— while also producing an urban environment without weather. As Fuller said, “windows may be open the year round, gardens in bloom and general displays practical in the dust-free atmosphere.” Recalling Le Corbusier’s earlier vision of a “weatherless city,” the dome’s climate was so constant and homogeneous that the very idea of weather was mostly forgotten.

Meanwhile, in the city outside the dome, the streets and buildings immediately began to overheat. Fuller’s vision of an “exterior appearance of a mirrored dome, while the viewer inside will see out without conscious impairment” caused extreme levels of reflected solar radiation around the structure. During the summer, the weather outside the dome increased by fifteen degrees Fahrenheit. To reduce the sudden and extreme reflected heat, building owners began constructing extensions to their roofs to shade their buildings below. The rules of Manhattan real estate quickly led to converting the roof extensions to form interior spaces, creating a continuous network of “rooms above the street.” This ad hoc construction of continuous roof extensions eventually led the city to rewrite its zoning regulations to adopt a new urban layer; all buildings above this datum had their floors removed to avoid the extreme weather from the dome. Below the layer, the roofs of existing buildings became a public realm accessible through the network of roof extensions.

Over time, an inverted city rises above the old city. The continuous roof extensions form a concave surface that extends from the Hudson River to the East River, rising high above the water and dropping to its lowest point at Central Park. Voids created between the continuous roof extensions and empty lots are vents that regulate wind movement through the inverted city. The city’s zoning regulations are transformed; rather than building from the ground up, it is now possible to build from the roof down. The continuous “rooms above the street” form an “indoor city,” which combines the exterior urban scale with interior spaces. A new form of the “sharing economy” has emerged from this continuous “indoor city,” based not on those who are able to monetize unused property and extra time, but instead on sharing an uncontrolled urban life outside the dome. This life comes with all of the unpredictable experiences that are part of living in Manhattan.

Participant Bio
MODU is an interdisciplinary architecture practice specializing in smart design that connects people to their environments. Based in New York City, MODU has completed projects in New York, Miami, Beijing, Tel Aviv, and Sydney. Co-directed by Phu Hoang and Rachely Rotem, the practice’s client list represents a diverse group of organizations and individuals, including the Design Museum Holon, Creative Time, Art Basel Miami Beach, Duggal Visual Solutions, and numerous private clients. MODU has won design awards and competitions sponsored by the American Academy in Rome, American Institute of Architects, Architectural League of New York, and the Beijing Architecture Biennial. Phu Hoang and Rachely Rotem recently won the Rome Prize, an award that “represents the leading edge of contemporary American scholarship and creativity.” MODU also conducts research that investigates architecture and weather, which has received grant funding from the Robert Rauschenberg Foundation and the New York State Council on the Arts. The practice’s interdisciplinary, multi-scalar approach has led to projects that bridge several disciplines of the built environment, from architecture to urbanism to interiors.