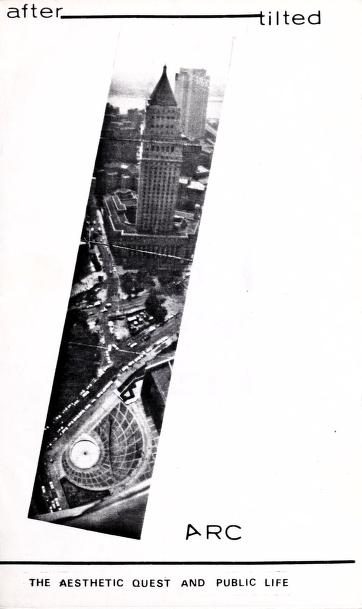 In response to the controversy surrounding Richard Serra’s Tilted Arc, Storefront invited 29 artists and critics to address the issue of public art in relation to the Federal Plaza site. The exhibition was an attempt to bridge the gap between the intellectual elite and the public, as well as to constructively reframe the debate surrounding the sculpture. While the highly emotional public debate focused on whether the Arc had the legal and moral right to a future in the Federal Plaza, few had sought to clarify the issues behind the controversy: What is public art? What work can be accepted and understood by the average viewer? What is the artist’s responsibility when proposing a work for a public place? Curated by Thomas Finkelpearl, After Tilted Arc included contributions from David Hammons, Sanford Kwinter, Carolee Schneemann, Michael Sorkin, Nancy Spero, Mierle Laderman Ukeles and Hannah Wilke.