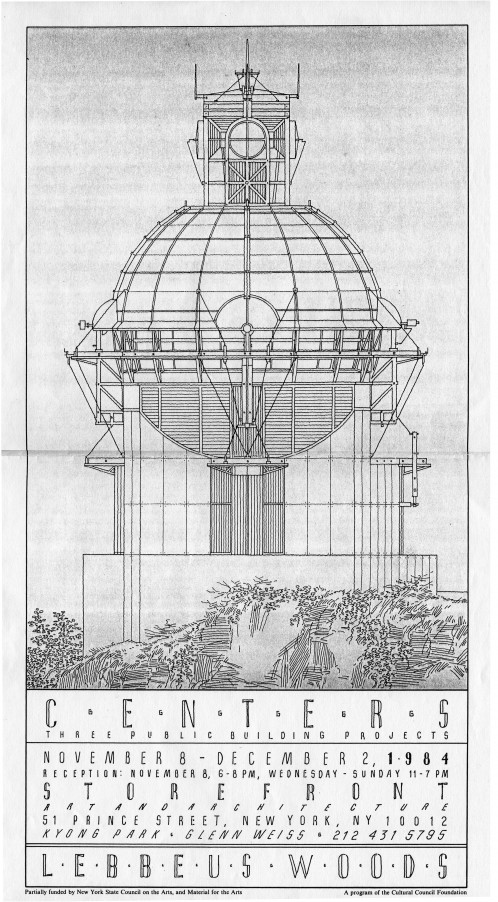 In response to the conflict between a building’s capacity to operate as a nodal center of urban activity and the increasing obsolescence of such centers in the wake of a growing culture of telecommunications, visionary architect Lebbeus Woods proposed three public projects. Centers featured Woods’s designs for an International Communications Center in Paris, a conversion of the Times Tower in New York for the Third Millenium, and the Epicyclarium, a structure that would continuously process computerized data to generate an evolving global image. Each of these projects was comprised of a centralized form—such as a tower or a sphere—that would create a hub of human interaction and activity, and that would simultaneously challenge conventional urban grids. These works aimed to elicit critical attention to the concept of centrality as it may be applied to contemporary architecture and urbanism, and to its potential social ramifications.