Alexander Eisenschmidt: Chicagoism and the Export of Metropolitan Architecture

reality. That year the Chicago Fire inspired a building code that in combination with advances in fireproofing iron and steel frames and inventions such as Otis’s safety passenger elevator  guided the construction of a new city with massive buildings that soon lined entire blocks of the  downtown grid. On the other side of the Atlantic, Berlin’s emergence as the capital of the  Second German Empire shifted the political, economic, and cultural landscape of Germany and  Europe and established the city as a metropolis. In the wake of these developments, a trans- Atlantic exchange between the two cities began to reconsider each city’s option towards a new  metropolitan condition. Chicago became the model through which Berlin was able to understand  its own rapid urbanization during the late nineteenth century and, ultimately, re-conceiving itself  as a space of possibilities for the invention of a metropolitan architecture. At the same time,  German Sociologists (such as Werner Sombart, Ferdinand Tönnies, and Max Weber) visited  Chicago, detected the purest representation of modern urbanization, and helped architects ( such as Root John Wellborn Root and Louis H. Sullivan) to comprehend the unique conditions  of what they saw as “prototypical American city and ur-metropolis.” 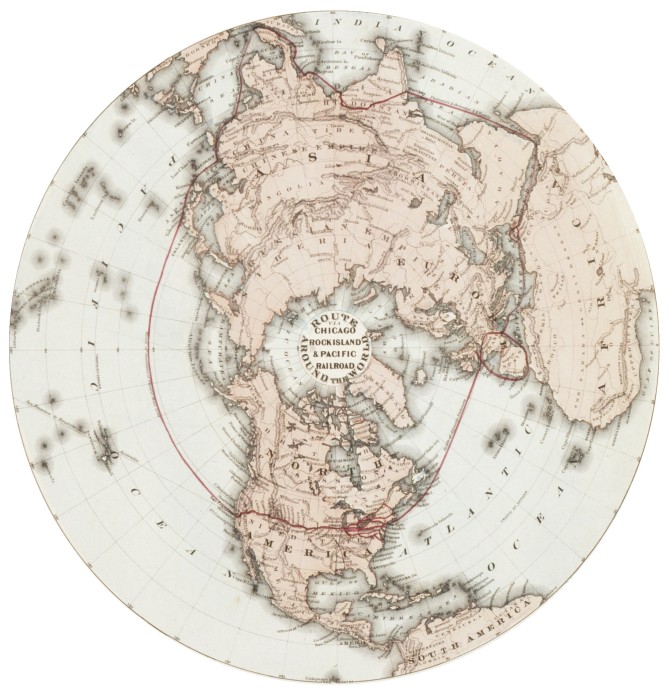 Map of Chicago with an added comparative map of Berlin, printed by Meyers in Leipzig, Germany, 1900: To German travelers on their journey through Chicago, the map acted as a constant reminder of the two cities’ intimate relationship –  a cartographic experiment to visualize a German Chicago and an American Berlin.

Alexander Eisenschmidt is a designer, theorist, and Assistant Professor of Architecture at the University of Illinois at Chicago. His work investigates the productive tension between the  modern city and architectural form – a topic on which he has published and lectured

extensively. He is author and editor of City Catalyst (Architectural Design, 2012), co-editor of

Chicagoisms (Scheidegger & Spiess / Park Books, 2013), designer and curator of “City Works”  at the 13 th International Architecture Biennale in Venice, and co-curator and designer of the  exhibition “Chicagoisms” at the Art Institute of Chicago (2014). Eisenschmidt is also founding  partner at Studio Offshore. *for further information see: http://www.AEisenschmidt.com