The conception of time , and within it the invention of the future, is perhaps the most radical of human creations. Today, to think about and imagine the prospects for our existence seems more relevant than ever. While one could argue society is always in a state of crisis,  we are today constantly infiltrated by a discourse of crisis in economic, ecologic, social and political terms. Moments of crisis are moments of redefinition, when the institutionalized realms of power open spaces of experimentation and cultural debate to retrace the path toward the future. Utopian desires, the imagination of an other-better future, are part of the contemporary agenda. However, the social and political value of utopian thinking today is being monopolized by notions of self-sufficiency and sustainability, framed altogether by regulations and standard codes. The utopian desire, the image-ability of possible futures, and the poetics of new social forms and expressions are in a moment of directed experimentation. Art and architecture, beyond the production of new forms of capital or building solutions, have the power to re-imagine new forms of collective aspiration. Few cities occupy the public imagination like the island of Manhattan. From cinema and literature to architecture and real estate, New York City exists as a palimpsest of layered dreams and schemes, desires and delusions.

Past Futures, Present, Futures  presented 101 unrealized proposals for New York City, dating from its formation to today with 101 reenactments  by inviting artists, architects, writers and policy-makers to create alternative visions for the present and future of the city. With the belief that art and architecture, beyond the production of new forms of capital or building solutions, has the power to re-imagine new forms of collective aspiration, the exhibition presented a past and future historiography of novel ideas in New York to open discussion about relevant actions in the city, their vectors of desire, methodologies, limits, audiences and agents.

The exhibition opened with all 101   Past Futures on display. Throughout the duration of the exhibition, all Present, Future reenactments were added daily until the closing of the show. On  October 26 at 7pm, a second opening of the show was unveiled displaying all the commissioned reenactments. 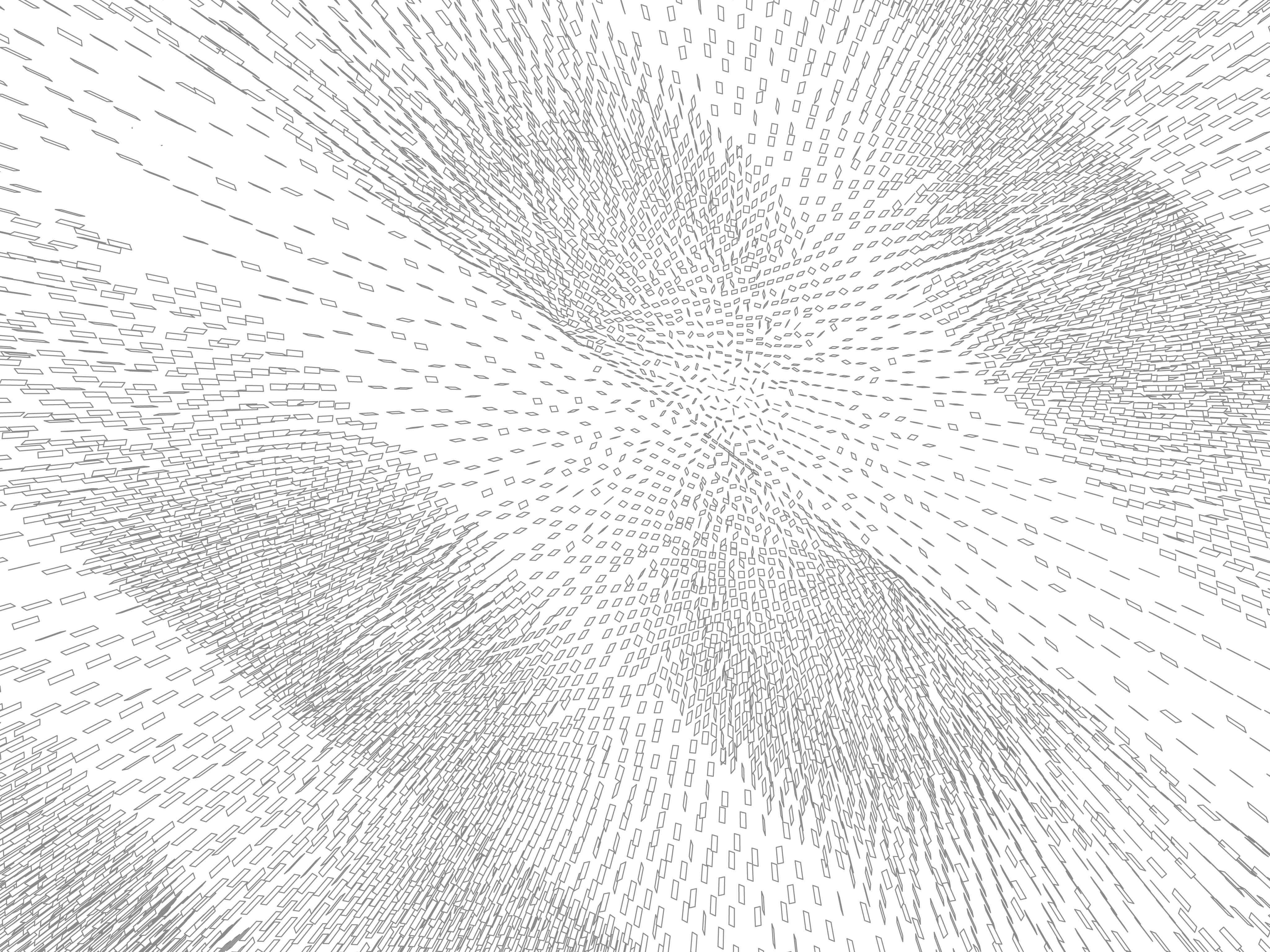 About the Exhibition Design

The exhibition design by Leong Leong dematerialized the space of the gallery by creating a “heterochronic” landscape through a vertical field of dates and descriptions that emerged as a kaleidoscopic forest of movable thin walls, displaying and reflecting the stories that described the past and future projects contained within the exhibition. Inserted within this field, the F* Room was a circular soft space to be entered barefoot that collapsed images of the visionary projects with the reflection of the visitors through a mirrored wall and 8 screen displays. The exhibition design explored the canonical limits of space and time by disrupting depth perception through a playful use of acoustic, physical and visual fields.

A special sound piece inaugurated a permanent audio infrastructure, part of a growing interaction platform embedded within Storefront’s gallery, to enunciate the titles of the projects as passersby walk down the sidewalk in front of the gallery, delivering one word per stride, expanding the acoustic imprint of the gallery by blurring even further the distinction between inside and outside that the Acconci-Holl façade produces.

An upcoming publication of all the projects will allow the exhibition to offer a space of reflection rather than display using the fragmentary nature of the archive as a mode of exhibition and content performance.

Digital Strategy by the Storefront Technology Committee with technology implementation by Control Group, Arup and Digi

This exhibition was funded by the National Endowment for the Arts and Control Group.  Technology support is provided by Planar and the Storefront Technology Committee. Additional support for Storefront for Art in Architecture’s exhibitions and programs are made possible by the Andy Warhol Foundation for the Visual Arts; the New York State Council on the Arts with the support of Governor Andrew Cuomo and the New York State Legislature; public funds from the New York City Department of Cultural Affairs in partnership with the City Council; The Peter T. Joseph Foundation; by its Board of Directors, members and individuals.