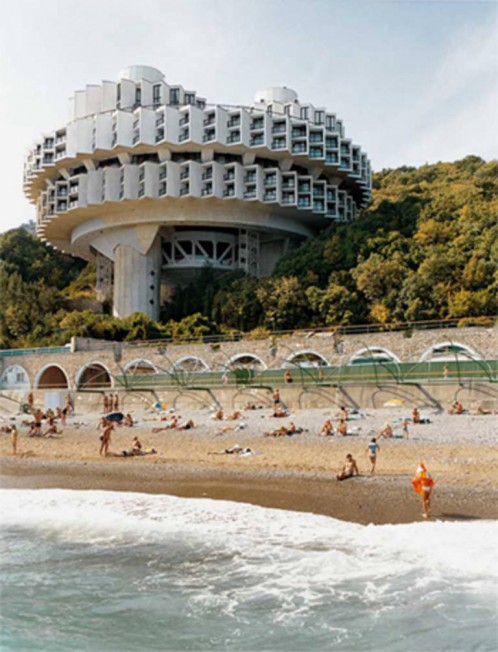 A conversation on Soviet Architecture in the 20th Century

A Pop-up Storefront Event Organaized in association with LA Forum for Architecture and Urban Design Sunday April 13, 2pm (Location: Pop-Up Storefront LA) Frédéric Chaubin and Richard Pare, with Barry Bergdoll, Philip Johnson Chief Curator of Architecture & Design at MoMA, NYC, and Joseph Grima, Director of Storefront for Art and Architecture, to celebrate the opening of the first Pop-Up Storefront in Los Angeles, and the opening of the exhibition CCCP: Cosmic Communist Constructions Photographed, Pop-Up Storefront LA hosted a discussion on the topic of the Soviet architectural legacy of the 20th century. Drawing on accounts of the personal experiences of Richard Pare and Frederic Chaubin, the two photographers who have most extensively documented the current state of 20th century architecture in the former USSR, the discussion will be centered around the the potential of photography both as a tool for investigation and discovery and an instrument of archival preservation. Richard Pare’s exhibition Lost Vanguard: Soviet Modernist Architecture, 1922-1932 (MoMA, New York, July-October, 2007) and Frédéric Chaubin’s Cosmic Communist Constructions Photographed (Storefront for Art and Architecture, New York, April 2007) document two distinctly different periods in the history of Soviet architecture (1922-1932 and 1969-1989 respectively), but many of the same threats imperil the existence of the buildings captured so brilliantly in their photographs. At this poignant moment of social and political transformation in the the former USSR, the future of a century of architectural history remains uncertain, placing all the more importance on the photographic record.