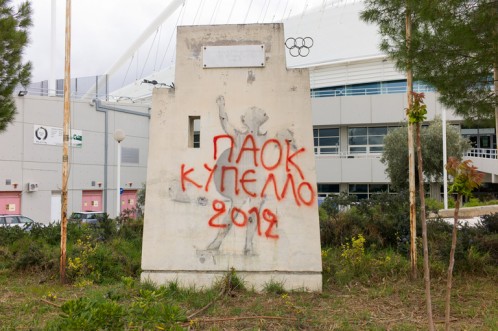 To read more about The Post-Olympic CIty, click here.

Jon Pack is a Brooklyn-based photographer whose work has been exhibited in galleries in the US and Europe, and has appeared on book covers from publishers including Simon & Schuster and Random House. His previous projects include the limited-edition book Out There; That Thing We Call Nature.

Noah Chasin teaches the history of modern and contemporary architecture and urban design at Bard College and at Columbia University.

Grace Tang is a landscape designer at James Corner Field Operations. Since joining the practice in 2006, Grace has worked on several significant large-scale projects including Freshkills Park in Staten Island and Seattle’s Central Waterfront. She is currently the project manager for London’s Queen Elizabeth Olympic Park (South Park). The land which is currently the Olympic Games concourse is being transformed into a 21st century Pleasure Garden, designed as a cultural destination for both tourists and local residents.

Ellen Dunham-Jones is an architect, professor at the Georgia Institute of Technology, and an authority on suburban redevelopment. She is co-author with June Williamson of Retrofitting Suburbia: Urban Design Solutions for Redesigning Suburbs, (Wiley; 2009, 2011) which has been featured in The New York Times, Harvard Business Review, TED, PBS, NPR and other prominent venues. She serves as Chair of the board of the Congress for the New Urbanism.