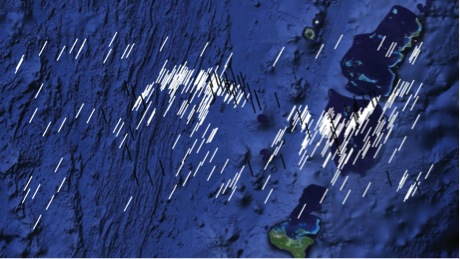 Definition Series: Infrastructure, curated by Laura Herman, invites scholars, artists, and critics to discuss contemporary implications of this omnipresent term. In her words:

“To define infrastructure implies a categorical act, where we consciously or unconsciously decide upon which part requires attention, and what can (temporarily) be disregarded. Perhaps it is the ability to be many things simultaneously that has made infrastructure such a magnetic concept in the humanities and social sciences in the past decade. Yet, in the realm of technology, architecture, and urban planning, to approach infrastructure as inherently paradoxical—as both ‘generative and degenerative; constructive and destructive; future oriented but ultimately fleeting; fluid and mobile yet inflexible—requires technical skills and specific epistemologies*.'”

Accounting for the paradoxical and often conflicting poetical and material qualities of infrastructure, this Definition Series will juxtapose a number of definitions, in the hope that complementary urgencies across fields come to light and potentially reinforce, influence, or contradict each other.

Marjolijn Dijkman’s work consider the foundations of how we perceive and experience our surroundings – the conventions which underlie the comprehension of the world around us. The works investigate the relationship between people and their surroundings, as well as their inexhaustible determination to interfere and exert power and influence over the world around them. The works can be seen as a form of science – fiction; partly based on facts but brought into the realm of fiction and speculation. Often the works mix aspects from popular culture and science, make connections through time and culture and try to open up a public debate around the topics they address. Solo exhibitions include: LUNÄ, fig.-2, ICA, London, UK (2015); Theatrum Orbis Terrarum, West Space, Melbourne, AU (2015); History Rising, Wisbech Museum / Norwich Castle Museum and Art Gallery (2013-2014); Theatrum Orbis Terrarum, IKON Gallery, Birmingham / Spike Island, Bristol, UK (2011); MATRIX 234 at BAM/ PFA, Berkeley, US (2010). Group exhibitions include: Global Imaginations, Museum De Lakenhal, Leiden, NL (2015); El Theatro del Mundo, Museo Tamayo Art Contemporáneo, Mexico City, MX (2014); Ja Natuurlijk, Gemeente Museum, The Hague, NL (2013); On Geometry and Speculation, Higher Atlas, 4th Marrakech Biennial, MO (2012); Portscapes, Boijmans van Beuningen Museum, Rotterdam, NL (2010); Screaming and Hearing, 7th Mercosul Biennial Porto Alegre, BR (2009); The Order of Things, MuHKA, Antwerp, BE (2008); 8th Sharjah Biennial ‘Still life, Art, Ecology and the Politics of Change’, UE (2007).

Brian Larkin is the Tow Associate Professor for Distinguished Scholars at Barnard College.  He is the author of Signal and Noise: Media Infrastructure and Urban Culture in Nigeria (Duke University Press, 2008) and, with Lila Abu-Lughod and Faye Ginsburg, co-editor of Media Worlds: Anthropology on New Terrain (University of California Press, 2000).  He sits on the board of the Society for Cultural Anthropology of the American Anthropological Association.

His research focuses on the ethnography and history of media in Nigeria.  Most broadly I examine the introduction of media technologies into Nigeria – cinema, radio, digital media – and the religious, social and cultural changes they bring about.  I explore how media technologies comprise broader networked infrastructures that shape a whole range of actions from forms of political rule, to new urban spaces, to cultural life. He also published widely on issues of globalization, piracy and intellectual property, and Nigerian films (Nollywood) in such journals as Public Culture, Africa, Social Text and Cahiers d’Études africaines.

His current book, provisionally titled, Secular Machines: Media and the Materiality of Islamic Revival, analyzes the role media play in the rise of new Islamic movements in Nigeria and explores theoretical questions about technology and religion.

Laura Herman (b. 1988, Brussels) is an independent curator and writer. She holds an M.A. in Comparative Modern Literature (2010, Ghent University) and is currently a 2016 M.A. Candidate at the Center for Curatorial Studies, Bard College. She is interested in the relationship between intersecting types of infrastructure in relation to contemporary art, as well as in the discrepancies between infrastructure’s technical and poetical functions. Her thesis exhibition Third Nature–including works by Nina Canell, Marjolijn Dijkman, Femke Herregraven, Basim Magdy, and Suzanne Treister–opens May 8, 2016 at the Center for Curatorial Studies at Bard College.

Basim Magdy (b. 1977) is an artist based in Basel, Switzerland and Cairo, Egypt. His recent exhibitions includeSurround Audience: 2015 New Museum Triennial, New Museum, New York; Lest the Two Seas Meet, Museum of Modern Art Warsaw; The Heart is Deceitful Above All Things, HOME Manchester, UK and Lismore Castle Arts, Ireland; La Biennale de Montreal, Canada; MUMA – Monash University Museum of Art, Melbourne and a solo presentation at Art in General, New York. His work has been featured in numerous solo and group shows including the SeMA Biennial MediaCity, Seoul, Korea, 2014; the 13th Istanbul Biennial, Turkey, 2013; Biennale Jogja XII, Indonesia, 2013; the Sharjah Biennial 11, UAE, 2013; La Triennale, Palais de Tokyo, Paris, 2012 and Transmediale, Haus der Kulturen der Welt, Berlin, 2012. He was shortlisted for the second edition of the Future Generation Art Prize, Pinchuk Art Centre in 2012 and is the winner of Abraaj Art Prize, Dubai and the New:Vision Award, CPH:DOX Film Festival, Copenhagen in 2014. Magdy is the recipient of the 2016 Deutsche Bank Artist of the Year award.

In Basim Magdy’s work we are subjected to the world through a satirical eye. His drawings, sculptures, videos and installations are conceived with a taste for the absurd. They build a universe that has gone off-kilter. Like dreams, elements of a familiar landscape stem out of reality. Past, present and future exist as a single realm and depictions – often of foliage and ruins, astronauts and rockets, airplanes, soldiers, cranes and modernist structures – take on a surreal aggressive quality.

Nader Vossoughian is an architectural historian, theorist, and curator whose work focuses on the relationships among architecture, information, and urban landscapes. A former Fulbright Scholar, he studied philosophy, cultural studies, and German literature at Berkeley, Swarthmore, Albert-Ludwigs-Universitat (Freiburg), and Humboldt University (Berlin) before receiving a master’s degree in German studies, and both a master’s and a doctorate in architecture from Columbia University. His articles have appeared in numerous scholarly and popular journals, including the Journal of Architecture, Design Issues, Hunch, Volume, and Grey Room. He has also curated exhibitions at Stroom den Haag, the MAK Center for Art and Architecture in Los Angeles, and the Museum of Applied Arts in Vienna. He is the recipient of grants and awards from the Graham Foundation, the German Academic Exchange Service (DAAD), the Jan van Eyck Academie in Maastricht, and the Canadian Centre for Architecture in Montreal. His first book, Otto Neurath: The Language of the Global Polis, was published in 2008 by the Netherlands Architectural Institute (NAi) and is now available in paperback edition. His current book-length project concentrates on Ernst Neufert and his role in architectural standards of 20th-century Europe.

Clare Lyster is an architect and writer and an Associate Professor of Architecture at the School of Architecture, University of Illinois in Chicago, where she also operates a research and design practice under the name CLUAA. She is author of Learning From Logistics: How Emerging Networks Change Cites (Birkhauser, 2016); co-editor of 306090 09 Regarding Public Space (PA Press 2005) and the forthcoming Third Coast Atlas: Prelude to a Plan of the Great Lakes Region (ACTAR 2017). Her writing on urbanism and infrastructure space has appeared in journals from Cabinet to Volume and as chapters in edited anthologies on landscape and mobility networks. Her work will be featured in the upcoming Lisbon Architecture Triennale later this year.