Member’s Event: Tour of The Vienna Model with Bill Menking 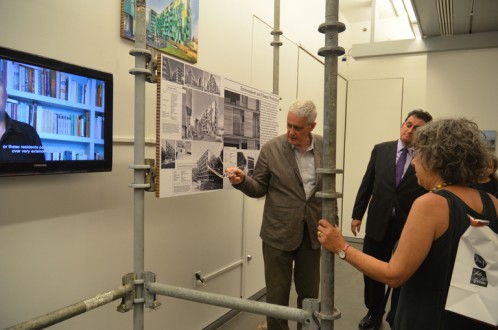 This event was a private tour for Storefront Members and the Board of Directors of The Vienna Model: Housing for the 21st Century led by co-curator Bill Menking and followed by a brief discussion and rooftop reception.

Curated by Wolfgang Foörster and William Menking, this exhibition features 36 case studies in Viennese public housing. Accompanied by a responsive series of images of artworks curated by the Austrian collaborative duo Sabine Bitter and Helmut Weber, this exhibition presents a survey of public housing design in the Austrian capital of Vienna. On display until September 2nd.

Read more about the exhibition here.