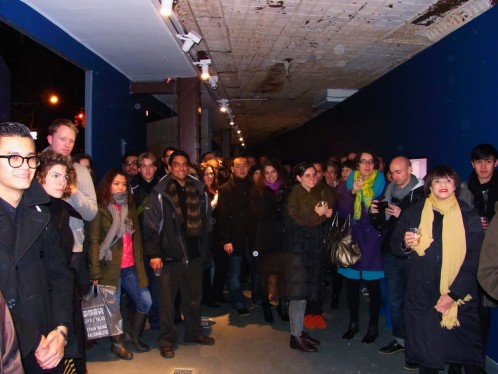 Storefront presents the first event of the TOTAL ENTHUSIASM series with the launch of CLIP/STAMP/FOLD: The Radical Architecture of Little Magazines 196X – 197X [Actar 2010], 672 dynamic pages edited by Beatriz Colomina and Craig Buckley and as image editor, Urtzi Grau.

During the event, a group of contributors to the book and magazine makers will toast some of the ideas and provocations that the exploding book contains.

About the book: An explosion of little architectural magazines in the 1960s and 1970s instigated a radical transformation in architectural culture, as the magazines acted as a site of innovation and debate. Clip/Stamp/Fold takes stock of seventy little magazines from this period that were published in over a dozen cities. The book brings together a remarkable range of documents and original research which the project has produced during its continuous travels over the last four years starting with the memorable exhibition at the Storefront for Art and Architecture in November 2006.

The book features transcripts from the “Small Talks” events at Storefront in which editors and designers were invited to discuss their magazines; a stocktaking of over 100 significant issues that tracks the changing density and progression of the little magazine phenomenon; transcripts of more than forty interviews with magazine editors and designers from all over the world; a selection of magazine facsimiles that have been fully reproduced at three-quarter scale; and a fold out poster, inspired by the exhibition’s printed wallpaper, that offers a mosaic image of more than 1,200 covers examined during the research. Just as each iteration of the exhibition is an open-ended collaboration with the visitors and with a different group of editors, institutions, and collectors who provide a different set of original magazines in each city, this catalogue documents a work in progress, hoping to stimulate further discussion and research.

Beatriz Colomina is Professor of Architecture and Founding Director of the Program in Media and Modernity at Princeton University.

Craig Buckley teaches at the Graduate School of Architecture, Planning, and Preservation, Columbia University, where he is also the Director of Print Publications.

Clip/Stamp/Fold is the first in the M+M Books series from the Program in Media and Modernity, Princeton University

The Total Enthusiasm Series is part of Storefront’s programming for the exposure of ideas in a framework of celebration and exuberant camaraderie.