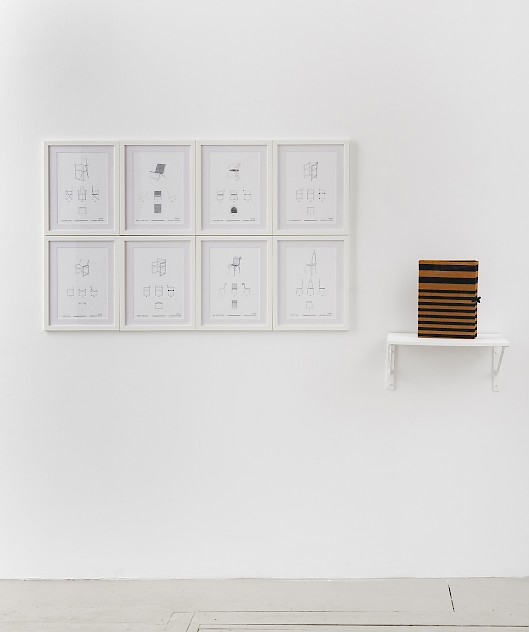 On Thursday, November 21st, Storefront invites its members to participate in a guided tour and talk at Callicoon Fine Arts about Celebrating Geoffrey Bawa, a hybrid pop-up shop and exhibition dedicated to the celebrated Sri Lankan architect on the occasion of his centennial.

The event will include remarks by Channa Daswatte, a Sri Lankan architect and the last partner of Geoffrey Bawa’s firm whose work features prominently in the exhibition, and Sean Anderson, Associate Curator in the Department of Architecture and Design at The Museum of Modern Art. The event will be followed by a reception with the speakers.

Geoffrey Bawa (1919–2003) was a well-regarded Sri Lankan architect with an eponymous firm. Bawa arrived at architecture through landscape design in his late-thirties, following a brief career in law, and studied at the Architectural Association in Britain. His union of modernity, historical memory, and design became a beacon of regional architecture. While Colombo was the center of his professional and personal life, he earned commissions for private homes there and elsewhere, including India, the Maldives, Indonesia, and Fiji. He was also recruited for local projects including hotels, banks, a police station, schools, a train station, and Sri Lanka’s Parliament Building. His work was recognized by a civil honor award by the Sri Lankan government, earning him the title Deshamanya, meaning “highly meritorious service.” He was also awarded an Aga Khan chairman’s award for a lifetime contribution to architecture.

Channa Daswatte (b. 1965, Colombo, Sri Lanka) is Program Advisor for Bawa 100 and founder of MICD Associates in Sri Lanka. He was the last partner of Geoffrey Bawa’s firm after joining in 1991. Channa is the Chairperson of the Galle Heritage Foundation and has worked on a number of architectural, conservation, and curatorial projects including Corridors of Power, an installation most recently included in the Dhaka Art Summit 2018. Channa authored and edited Sri Lanka Style (2005) and has written for publications including A+U and Sri Lanka Institute of Architect’s Journal. He is a trustee of the Lunuganga Trust and Chairperson of the Geoffrey Bawa Trust.

Sean Anderson is Associate Curator in the Department of Architecture and Design at The Museum of Modern Art. A Fellow of the American Academy in Rome and the Scuola Normale Superiore di Pisa, he has degrees in architectural design and architectural history from Cornell University, an M. Arch from Princeton University and a Ph.D in art history from the University of California, Los Angeles. He has practiced as an architect and taught in Afghanistan, Australia, India, Italy, Morocco, Sri Lanka and the U.A.E. His book, Modern Architecture and its Representation in Colonial Eritrea, was published in 2015 and was nominated for the AIFC Bridge Book Award for Non-Fiction. At MoMA, he has organized the exhibition Insecurities: Tracing Displacement and Shelter (2016).

Callicoon Fine Arts is located at 49 Delancey Street between Forsyth and Eldridge Streets. The nearest subway stops are the B and D trains at Grand Street and the F, J, M and Z trains at Delancey-Essex Street.

HOW TO RSVP
This event is open to members of Storefront for Architecture. To attend, please RSVP here by Thursday, November 21st, 2019. A wine reception will follow the event.
If you’d like to join Storefront’s membership program in order to attend the discussion, see here for more information and email membership@storefrontnews.org.
Read more about the exhibition here.
< prev | next >