home • archive • Interrogation Series: Writing the City into Being: Essays on Johannesburg 1998–2008 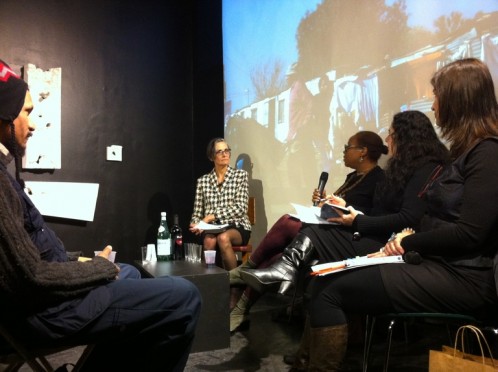 Helene Furján is an Assistant Professor in the Department of Architecture at PennDesign, University of Pennsylvania, where she is Director and a founding editor of viaBooks, Director of the Conversations Series of interdisciplinary debates, and Chair of the Architecture Lecture Committee. She has had essays and reviews published in journals including Gray Room, AAFiles, Assemblage, Casabella, Journal of Architecture, JAE, ArtForum and Interstices. She published Crib Sheets: Notes on the Contemporary Architectural Conversation with Sylvia Lavin (2005), and has chapters in Intimate Metropolis (2008), 306090: Models (2008), Softspace (2006), Gen(H)ome (2006), and Performalism: Form and Function in Digital Architecture (2008). ‘Glorious Visions’: John Soane’s Spectacular Theater is forthcoming through Routledge in 2011, and she is working on a new book with Linda Taalman and Roland Woolroos-Ritter investigating the history of the diagram. Her current research investigates effects, spectacle, perception and affect in the history and contemporary practice of architecture, and the organisation and interdisciplinarity of urban systems.