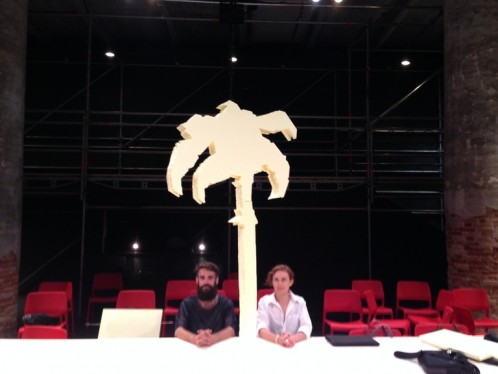 In celebration of the exciting potential for OfficeUS to perhaps enter the Guggenheim Helsinki Design Competition, the OfficeUS Partners will be hosting a Potential Participation Party, on July 25th 2014 at the Arsenale. The Potential Participation Party will feature special guests–including Adnan Yildiz, Anupama Rao, Aristide Antonas, Kaarin Taipale and Andrew Ross–in conversation with the OfficeUS partners; with a special performance of OfficeUS either entering, not entering or still considering entering the Guggenheim Helsinki Design Competition.

Helsinki, a global city standing at the intersection of East and West (founded by King Gustav I of Sweden in 1550 as a town of Helsingfors which remained a tiny town, plagued by poverty, wars, and diseases), is emerging as a city to watch. Helsinki (like OfficeUS) has been said to have recently embarked on an ambitious yet highly sensitive program of renewal and development, initiating what has been called the greatest urban change in its history since Helsinki became the capital of Finland two hundred years ago. OfficeUS is honored to consider the possibility of exploring exciting new concepts such as: cityscape, architecture, usability, sustainability and feasibility (in this order) through maybe participating in the Guggenheim Helsinki Design Competition from within the Peggy Guggenheim Pavilion in Venice, Italy.

OfficeUS (like Helsinki), has been called an increasingly popular visitor destination. Many have described OfficeUS as a standard bearer for la Biennale di Venezia and a model for architectural offices around the world. Benefitting from an exceptional education system, entrepreneurial spirit, appetite for innovation, and a demonstrated success in international happiness indices, OfficeUS is increasingly seen by many important sources as an expert in global architecture, building tall, and designing deep, while remaining sensitive to the sustainability of local traditions.

4:15 pm Screening of   “AIR UP!   Construction of the US Pavilion at EXPO ’70 Osaka – A United States Information Agency Project”;